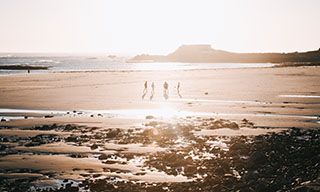 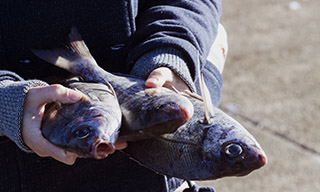 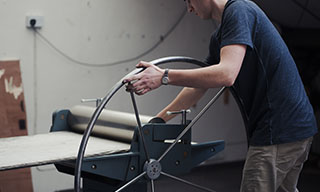 Discover more about island life and understand the benefits and restrictions of living in Jersey. Find information that you'll need to know before you move and guidance on what you need to do when you arrive in the island.

Jersey is the largest of the Channel Islands, with an area of 45 square miles. The island combines a lively and cosmopolitan main town, which is home to our global finance sector, with sweeping, unspoilt beaches, fishing ports and rolling countryside. It’s just 14 miles off the north-west coast of France and 85 miles south of the English coast and is very well served by air to a range of UK and international cities.

Jersey is a Crown Dependency. While it’s in the British Isles, it’s not part of the UK. Yet for many UK visitors, it feels like a home from home, thanks to its sterling currency and familiar high street shops, restaurants and supermarkets. The island is divided into 12 Parishes and each one is presided over by an elected Connétable (Constable), who deals with issues relating to civil matters. Each parish also has a Rector, who deals with ecclesiastical affairs.

Jersey has a proud and complex history – from how it got its name, the plundering of Vikings in the ninth century, to a valuable island outpost, fought for over centuries by the English and French, whose traces remain in the Jèrriais language, in the names of streets and long-established families, and in the heritage of the legislature.

Its occupation by German forces during World War II left a deep imprint on the island's character, as well as visible reminders – from the gun emplacements dotted around the coast to the underground hospital, which is now a war museum. These are now an important part of our cultural heritage, as are the historic castles, forts and Martello Towers that defended the island.

The Government of Jersey is a billion-pound organisation and the largest employer on the island. Its 6,700 public servants are responsible for the cradle-to-grave health, education, social care and social security of Jersey’s 100,000 islanders. This government is led by the Chief Minister and Council of Ministers, and is subject to oversight by the 49-member States Assembly – Jersey’s legislature – and a number of scrutiny panels.

The government develops and maintains the island’s infrastructure – from housing and roads, to water and sewage, public spaces to cultural venues. It also supports the island’s local and international economy through effective regulation and fiscal policy, overseas promotion and inward investment, business support and innovation.

In addition, the government collects the taxes that pay for public services, and pay the income support and pensions that help families and the elderly. The government keeps islanders safe from harm – policing Jersey’s streets, running its prisons, fire and ambulance services. It also protects the natural environment and biodiversity, supporting the island’s agriculture, fishing and tourism sectors.

Jersey’s prosperity in recent decades has been anchored in a strong international financial services sector. Our island showed resilience in responding to the banking crisis a decade ago, and it has been in the vanguard of international governments in tightening financial regulation. In this way, Jersey has cemented its position as a responsible and compliant jurisdiction.

At the same time, the island has continued to support its traditional sectors, such as tourism, farming and fishing. Jersey has also invested in sectors such as digital, to exploit the benefits of its world-beating gigabit broadband infrastructure.

With very low unemployment, one of Jersey’s greatest challenges is securing the skills that its employers need, whether in the private sector or the public sector. There is a renewed focus on tackling structural weaknesses in productivity, as well as maintaining a balance between the pressures on infrastructure, especially housing, and the natural environment.